Obscure Infinity – Into The Depths Of Infinity

This is the very first demo from German underground death fanatics Obscure Infinity, released in 2008. Since then there seems to be no news about any more recent releases as far as I can tell, but as these guys seem to be operating deep underground (somewhere near the earth’s core I’m guessing!) in some very dark place, news probably travels very slowly from there.

What we have here is some incredibly authentic old-style death metal (I hate the term `old school’), dredged up from a time before playing a million riffs in one song was fashionable. Forget floppy-fringed haircuts, forget generic At The Gates rip-off bands, this is the real deal as far as death metal is concerned! Obscure Infinity are all about the darkness – heavy, pounding, ominous riffs, agonised, guttural vocals and atmospheric solos.

By today’s `standards’, this release has a rather demo-like quality about the production, the sound is slightly thin compared to a lot of modern-sounding releases, but I think this adds to the atmosphere – there is a lot of separation between the instruments, and the vocals can be heard very clearly too, it reminds me a lot of Death’s early albums, with a similar grim, unearthly sound to the guitars.

For fans of the older death metal bands, this EP is a real treat (in my humble opinion) – the riffs are huge, dark and grim, but memorable, Jules’ vocals are deep and menacing, but also clear; something a lot of modern bands don’t bother with. The band also have a great grasp of dynamics and song writing, each song sounds unique in its own right and contains its own memorable moments, crushing riffs and dark, ominous sections.

The boys can also play extremely well, and have included two very tasteful acoustic pieces at either end of the official EP. Personally I would have preferred two more death metal songs, but that’s just me – the two pieces are expertly played and stand out on their own. Tacked onto the end of the EP are live versions of `Tomb of Mortality’ and `Into the depths of Infinity’, which are also a testament to the bands playing ability – despite the slightly rough recording quality the songs sound note-perfect, and are just as atmospheric as the studio versions.

My personal favourite song is `Into the depths of Infinity’ – I can’t get enough of the dark melodies and crushing, gargantuan riffs. If you’re a fan of the older death metal bands – Grave, Benediction, early Paradise Lost, Dismember Asphyx, Death etc – I think you will really enjoy this EP. I can’t wait to hear more from this band. 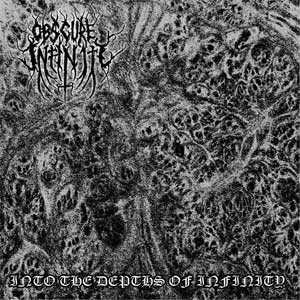 1. Intro - ...and Only Past Remains
2. Tomb of Mortality
3. Maniac Destroyer
4. Into the Depths of Infinity
5. Outro - Far Beyond the Stars
6. tomb of mortality (live in italy)
7. into the depths of infinity (live in italy)