I could never imagine that this release would turn out so good! It is just that sometimes you find your self listening and actually, enjoying a band, only because you saw a great cover and the exact opposite. Have you ever bought a record because of a good cover or, have you ever seen yourself in the situation where you finally pick between two records because of the cover? Well that's what happened here with those guys. I was negatively prejudiced from their cover. I don't know, it striked me so bad. Damn I didn't like it and I still do not. I find it really drafty... so drafty that I really thought that this was going to be another indifferent band on the scene. And then came their music and changed everything.

But let's start from the first page of the book. Obscure Infinity is a band from Germany and as it appears they are disciples of the Swedish old school death metal scene, and bands as Grave, Entombed, etc. The band is not so old, as their demo got released on 2008, and besides "Putrefying Illusions" of 2012 they only have a full length and a split CD to complete their full discography.

"Putrefying Illusions" is their latest release and second full length and I must admit, I was shocked from the 90s atmosphere these guys can inspire on age 2012! I have listened to many more old school death metal bands, both good ones and bad ones but it is a very rare achievement not only to play old school, but to make your album reek old school rottenness!! Obscure Infinity have done that and more. Their songs have a tight structure and are long in length, without getting dull though. Their composing abilities are in a great level and the result is 12 songs that keep the listeners interest from the beginning to the end. Lots of heavy interesting old school death metal riffs, mostly unblasted (if I may use the term), old school death metal drums, tight fat bass sound following the kickdrum as it should and vocals straight from the bottom of the well. The whole atmosphere gets even more rotted and 'gravy' with some classical interpolations on their tracks (intro-outro and two more). The more you listen to it the more you'll get the feeling that this album belongs to the 90s, where it all began. It is like it was recorded then and got released now. This is definitely a 'must buy' on your list of death metal CDs people. So until next time... cheers, beers and old school!! 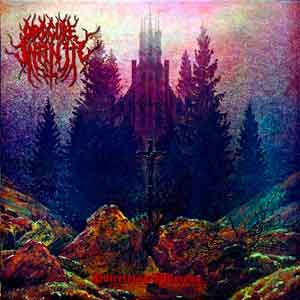