In late 2001 Obzidian is raised and the band start playing live gigs with own material and covers. In 2002 they released "No Mans Land" and in 2004 "Disciples Of Death"
and now they signed to Casket Music. Before releasing their 3rd full length the band gives a preview with this EP with 6 studio tracks and 2 live tracks.

The band plays thrash metal with a rich plateau of influences. When you know that they played many cover songs on stage it wouldn't come as a surprise. So the tracks might not be original every time but it doesn't hurt. Tempo varies from mid paced to fast beats with raspy vocals and powerful riffs. Count the nice leads and the groovy rhythms and you have some nice songs.
Obzidian is no world shocker but the deliver an entertaining EP on the market. 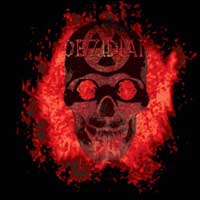