French Doom/Sludge is not as common as you might think; or rather it doesn’t gain as much mention I fear than it should. The balance is US sludge and hypnotic Stoner groove laying down its gauntlet with the UK doom themes made famous by Cathedral and notable other bands like sludge monsters Dead Existence.

The mix is pretty complete and in depth, dirty and full of life. From what I read this was a live recording in the studio. That seems to work out rather well. You can almost feel the sweat emanating from the full-fledged arsenal of riffs that are stunningly relayed via songs like ‘We, The Darkness’ that delivers nihilism, the end of mankind, the pain and suffering of one’s soul…the emotive resonance in the vocals makes you think like this.  The pattern continues during ‘Dead Among the Living’ that almost goes hypnotic, there is a more melodic cleaner vocal tone here, that tailors with style around the guitar tones and keeps you up into that state of consciousness you can often find with bands like The Ocean and Isis.

Opener ‘Heretics’ is a more bare bones doom affair with sludge vocals, so its clear to me to hear a deliberate progression as the release plays out . As time progresses the tracks build and become more involving, more epic I suppose, it just seems as if this release tells a story that you must complete and you must be a part of.  The hypnotic release has my admiration and has the ability to wrestle your state of mind; it’s a clever effort that breathes atmosphere as well as nihilism. 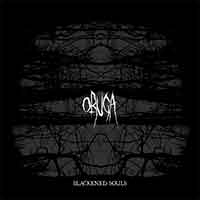