Polars Collide is a metal band from Denmark the five headed group is making music for a few years and already independently released EP’s and singles for a while. They are know for their unique groove metal style combined with death and progressive metal elements. With their first EP "One To Rise" in 2017 the band became known in the European metal scene. When the band was planning to record Covid struck Europe, but after some delays and releasing some singles from the album in advance. Finally on June the third 2021 their first album "Grotesque" was released and I have to tell you in advance, it is a hell of a good album.

With the intro track 'Dissonace' the album takes off, the intro is only 58 seconds but is already gives you an eye opener where this album is heading. The second song 'Spider And Fly' is a combination of groovy metal guitar riffs in combination with blast beats, fast double bass and progressive/groovy rhythms. The guttering, screaming and growling vocal are giving this song an extra layer of musical alternation. The song has a lot of different parts in it and one could almost say that the band tried to fit three songs in one.

'Tragicomic' is a song with a very groovy beginning, after that it keeps on switching between groovy and progressive parts. The guitars and drums are sometimes playing their own parts but they are also very closely cooperating with each other, what surprises me is that this cooperation is a very precise and effective one. Even the drum fills are adjusted to the guitar parts and vice versa. Again the vocals are very well adjusted to the song and give it a kickass feeling, also an important factor in 'Tragicomic' is the bass guitar, its is glueing everything together. This song was my favorite song on "Grotesque".

'Grotesque' is the title song of this album, it begins with a groove part and after that it is followed by haunting guitar riffs and vocals, it is already setting an atmosphere in this song. The drums are playing an important role in the first parts of this song, it sometimes feels like it is soloing underneath the guitar riffs. In the second part the drums are following the guitars, the last part of the song is a long guitar outro leading up to the last song. 'Cancer' is one of the hardest songs to listen to, not because it is a bad song but because it sounds very personal in the beginning with the clean vocals. Reshaping the song after the clean vocal part horror screams are added, indicting a kind of pain. Personally I think that this was one of the best parts on the album, having heard this the song moves on. Adding more layers the guitars are playing changing riffs (again) the vocals are now steady growling their part in this song. Now the drums are also playing solid beats and rhythms, the last part of this song is mainly an instrumental part, slowly the song is ending but not before the vocals kick in one last time.

Martin, Hendrik, Patrick, Tobias and Leander created a very good metal album, they have absorbed a lot of different metal styles and have created their own version of playing, some similarities can be found with other bands but that is not uncommon in the metal scene. The vocals really stood out in this album they are outstanding and persistent and also varying in style and dept. When we are going to analyze the music it will get interesting, something that I already mentioned, is that there are a lot of styles and parts in the songs on this album. The cooperation is insane and requires a lot of musical skills combined with practice. A thing that I like is that it didn’t get annoying, although sometimes it feels like they are doing a lot of the same things over and over again. The band keep these parts very well balanced and this created a good variety between groove, progressive and extreme metal. The fact that this band is not affiliated with a label but released everything independently is also a fact that I like because the quality of this album isn’t cheap, lets say that it says something about dedication to the band and music. 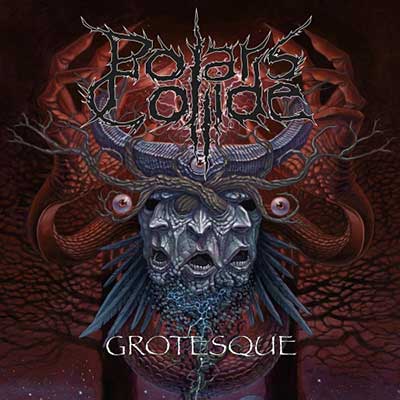