Long journey until this Tasmanian band could sign with Nuclear Blast and be the one of the most nominated bands this year. An efficacious album was launched entitled "Observant" to continue the ferocity from the last album which handled by Unique Leader till Neurotic Records. More deepening than-from the sound and musical gist which absolutely put on 9 titles , a progressive offering tries to be pinned up in the exploration of straight power of the technical Groove Death. despite still defend the characteristics as usual such as the unpredictable beats, mad unique growl and scream--various vocals and also sliding. Slicing riffs; more to the solid setting clearly due interior weight and strumming in longer parts of rhythms that bring the way to the ballad and dark although the intensity of harmony is still be on to emerge and strengthened to be twisted. A sequel album to the previous album as forwarding the vision by this band. And not so different although this album is wide, the conclusion. That has been so perfect when "Initiate" trills the feeling with harmonious offering and mindful speed metally, then also the such gothic titles "The Immortal Army of One" expressed ignition to the tones glut chamber with wriggles of arrangements, more than that some titles: "A Calculated Efforts", "Horde in Devolution", and so forth no pardon pulverise the solitude and devoid from the soul. And definitely worked from many elements that mixed due a multiple dosage of brutality--deadly thrashing and full of acuracies off course. It's not to deny that Psycroptic are in the form and become the first successor from Aussie Death Metal this time without forgetting the others. You would realise so colourful for this album for the technical stuffs that had become in the way, eventually we begin to more precision... check out far for this band. 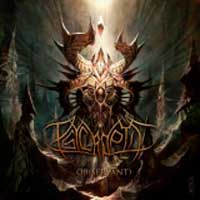