Ragnarok - Collectors Of The King

When picking up a band like Ragnarok, one would think they are getting into some pretty exotic pagan or viking metal, yes? Wrong. Ragnarok, or at least the one based out of Norway, deliver blistering, evil sounding black metal with no trace of the viking metal genre... except for lyrical focus. Sounding like a combination between Darktrhone and Dark Funeral, this group's lightning fast sound and sometimes catchy riffs offer a metal maelstrom of crushing delights. There's no moment to breathe with this band as they hammer the hate on track after track. And trust me, they know how to hammer on the hate since they've been doing it for sixteen years now. With their sixth studio album (after such a long hiatus), their strategy has not changed: conquer all with black metal.

Since their last album, Ragnarok has gone through a few lineup changes with a new vocalist, guitarist, and bassist. Only the drummer remains from the original lineup. However, their style has not changed. From the disturbing opening introduction that involves the summoning of Satan to the brutal hymns of "Stabbed By The Horns," everything here on the album Collectors Of The King is about speed and overwhelming power in the way of guitars and drums. The vocals are the icing on the cake of this powerhouse as they carry the hate of a band like Enthroned with the visceral edge, but also hold the clarity of a band like Dark Funeral's vocalist.

However, not everything is about overwhelming black metal. There's a bit of punk goove wrapped in the mix as well. "The Ancient Crown Of Glory" features a very goove laden bass line that catches the ear by surprise, and even the chorus guitar riff sounds repetitively catchy. But, there are very few stand out moments for any particular song becase every song stands out on its own simply for how much venom and adrenaline is pumping through the efforts of each musician. The only other track that really sounds different from the others is the closing "Wisdom Of Perfection," which has a very moody, slow opening that sounds like more modern Marduk before picking up to a faster pace that is full of anguished screams and unrelentless hate. The groove on this one is most certainly enjoyable.

So no... after a six year difference, Ragnarok has not changed much at all. Their new album sounds much better though, as all new members show their colors in shining hellfire for all to see, and it is doubtful that anyone will want them gone. The only difference is possibly cleaner production, which is only a good thing so everything can be heard better. For fans of Gorgoroth, earlier Marduk, and earlier Dark Fortress. 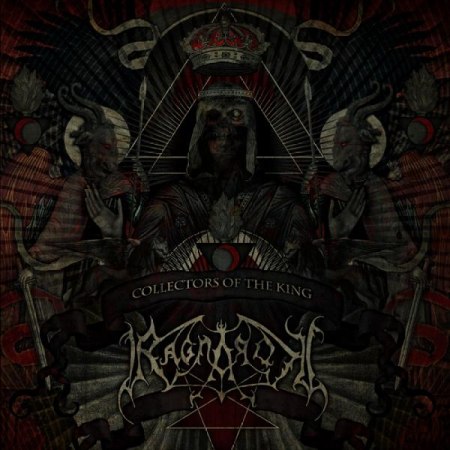