Today we are back in Australia in order to give you some details about the next LP from the band Runespell which is entitled "Verses In Regicide".

As usual the sound is rotten, to believe that the more the sound is rotten the more it gives you a certificate of authenticity, it is a disease which is enormously current in the musical discipline of black metal, it already had course in the heroic time of Burzum and I realize that fashion has still not evolved in this area. So in terms of arrangements, production, mixing and mastering I am obliged and forced to give the score of zero! And yet with just an ounce of pragmatism, the result would have been more than interesting! Oh yes, does that surprise you? But the content is nice if not very original and the melodies are quite captivating on some titles. Yet the character is not at his first attempt, it is his 4th LP and when I say the character because it is a black band solo lead by Nightwolf, Australian who does everything himself even coffee!

Good joke, it is still not exceptional, so I get annoyed to find positive sides, but it is sometimes downright bad, tasteless and pathetic. How can you be so sure that only one person will be interested in this bad production. So maybe among the mad, or the deaf people, but there we reach peaks towards the depths of the ranking, but it is underground, that at least it is clear and clearly displayed, it is a bit like Andy Warhol declining a photo of Marilyn Monroe in several copies of different colors and call that art!!! Same story here, but it is like something inedible!

I thought I was doing a good deed by doing an Australian black metal review, because your humble servant is not at his first attempt, my boss had already given me an unfortunate K7 to write about an obscure black metalhead from the country of the kangaroos and it was already of a tiny nullity! So gentlemen Australians do what you know how to do best: pop music! I will ignore the style of AC/DC which was emulated with Airbourne, it was nice when I was a teenager but that was 40 years ago. Since that time, Crocodile Dundee, Nicole Kidman and Mel Gibson have taken center stage in the arts.

Do I have to say more? I do not think so, mass is said and not in Latin! So unless you have terminal cancer or want to increase a physiological degradation process in your body, go your way! Your finances will improve and you will do a good deed by forcing the guy to question his artistic side!

We could possibly forgive him this album if the man was on his first album, it seems then that he has the benefit of the doubt, that he has to grow up, mature but this is the 4th time he has done us the same blow! So of course, we have to support the underground but here it is more under than ground it is pathetic. 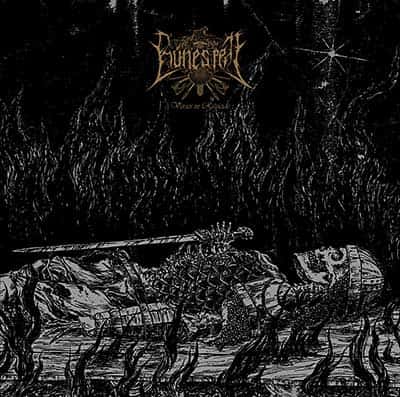