For those who don't know Sadus this is a good opportunity to meet one of the thrash pioneers of the late 80s. Sadus was and will be always connected to Steve diGiorgio, one of the freakest bassplayers in the metal scene. But Sadus also stood for quality thrash metal with technical skills as you can hear on these re-releases by Displeased Records. "Illusions" contain the demos "DTP" and "Certain Death" togther with the "Certain Death" videoclip. "Swallowed In Black" contains the "Wake of Severity" demo and the "Good Rid'nz" video. And you get a DVD with live performances and behind the scene shoots with the album "A Vision Of Misery" from 1992.

So for those bonus items it is worth buying and that you get the memories back together with superb thrash is something you have to take for granted. 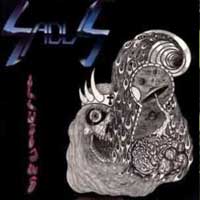