Shining (and this band is not to be confused with the depressive black metal one from Sweden) started out as an acoustic jazz band before blending their progressive, electronic jazz music with the metal genre. "Blackjazz" certainly reflects the idea of being hectic and schizophrenic in the sense it sounds a lot like industrial black metal with jazz influences, but there are some issues. For one, the vocals most of the time seem to ruin the atmosphere of the music. Without those screeches Shining could very well have put itself on the spot of being the next Apocalyptica; their music is arguably much better with just the instruments. Most of the music is heavily guitar influenced or requires frantic beats that could very well be heard on any dance album, but the ferocity of how the music builds keeps "Blackjazz" from becoming anything close to techno.

A lot of fans at first may wonder where the clean jazz influence- meaning an excessive use of saxophone- is on the album. There are a few moments such as 3/4s of the way through "Fisheye" where there is a saxophone solo which sounds really well done, as well as spread in random places throughout the sound. Randomness appears to be the key here as the tempo changes are so frequent and the synthesizers sound like they are either from some drug trip or a horror film; all very effective. The drums also appear to be a strong part of the album in the sense they are not monotonous but instead very frantic but not so frantic it sounds like a machine gun going off and each beat proves that the drummer most certainly has skill. Expect the pace of the album to be very fast with few let-ups.

Some listeners may notice there are a lot of repeat track names on the album, such as two versions of "Exit Sun" and "The Madness and the Damage Done." The first versions of each song go along with the progressive black metal jazz style that is heard on all the other songs, and then the second versions are much shorter, industrial segments that are extremely catchy. The second half of "Exit Sun" is a drum focused track among the dancy beats, while "Damage Done" starts out with a romantic introduction before looping into a warping keyboard melody next to some very heavy pounding. It's different from the other tracks on "Blackjazz" particularly due to their short length and tone of the album, being more ominous than wild and crazy, but it is a nice change from making the album sound a little too off the wall.

The album is still off the wall, however. The cover of King Crimson's "21st Century Schizoid Man" lives up to its name as it bounces all over the soundboard like a pinball map. Sometimes the track even becomes a little too frantic to enjoy, especially near the middle where everything just blares at once with the intention of making one's head explode. Despite this little time bomb, "Blackjazz" is for the most part a fresh breath of something new in the music world of metal. Consider it a harsher, more industrial version of the likes of other progressive metal bands such as Liquid Tension Experiment. 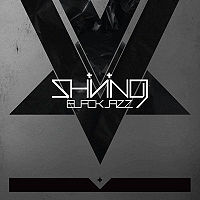