The Day Of The Beast - Relentless Demonic Intrusion

This black metal/trash band from Virginia, USA have brought their second album out of the nothingness and into the light. The final track on the album is a cover of Motorhead’s Iron Fist.

As would be expected from a thrash album, the fast and hard guitars bring the album to life against a backdrop of continually crashing cymbals and deep bass beats. The vocals are primarily slightly screamo with depth, and the backing vocals manage to provide much needed depth to the lyrics. However, this is not to say that there is no vocal skill, in fact the vocalist’s range works from one end of its scale to another, using the backing vocals to reinforce what he wants to say.

The tight and steady instrumentals fit together perfectly and provide a deep, rich background for every song. There is more than a little similarity, but the differences that are there make each song stand out for what it is and what they want it to be. It’s a little rough round the edges and is in no way perfect but that is to be expected. This second album is a perfect follow-up to their 2008 debut, it’s just a shame it took them so long to get it out! 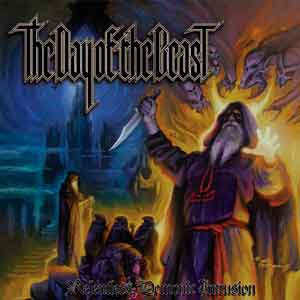 4. Cult Of The Bloody Tongue