Australian newbies The Harvest Trail align themselves superbly within the melodic death metal and thrash genres. Whilst lacking a modern production, the band offer an oldschool effect on their entire debut release, "Instinct".

From opener 'Victims', a youthful, energetic presence is released and the album is unveiled into a whirlwind of chaotic riffs and menacing harsh vocals. The riffs are reminiscent of early metalcore such as At The Gates and The Haunted - yet that's literally the only similarity to the genre it has, as ultimately the band avoid the hardcore movement entirely with a lack of breakdowns and a bare minimum of their gang-chants. 'War' is the second track on the album, opposing a much faster and technical approach than it's predecessor, whilst still remaining intact with the genre the band initially want to aim for. The real highlight on the record is of course the track, 'Strangled' - which is the track that bares the most interest and diversity among them. There's an atmospheric approach here that appears as sinister as it is mischievous, and almost sounds like it doesn't belong on the album as it introduces a blast-beating frenzy of build-up and hype between each instrument aswell as an almost-orchestral segment, orbiting a distinct pinnacle within.

If you're a fan of the 90's to early 20's Swedish approach to death metal then this record will be like a diamond in the rough for you. You'll find each track enchanting and surprisingly refreshing to listen to, despite sounding quite out-dated as a whole. Whilst there's nothing seemingly wrong with this album, there's often very little left for surprise - bare one or two tracks. 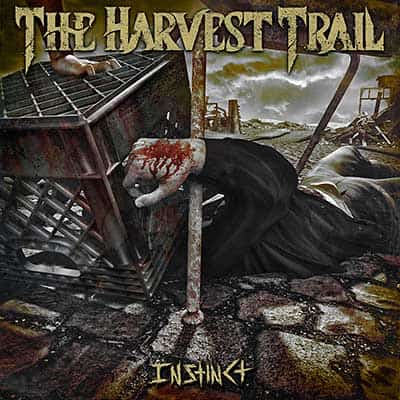