Ulcerate – The Destroyers Of All

The hype surrounding New Zealand's Ulcerate got me trying to appreciate their music a couple of times in the past, and I didn't find anything particularly interesting in it for me. However, when the first single off their latest The Destroyers Of All was released online it got me hooked by its incredible atmosphere and I was anticipating their new album like if it were one of my favorite bands. And boy, did the wait pay off!

The new record lasts for more than 50 minutes, and every second of this opus is filled by a very dark atmosphere that takes you places – something that is very rare for a death metal record. The closest thing that comes to mind when listening to Ulcerate's latest is Gorguts, Suffocation and Immolation yet The Destroyers Of All is quite far from these milestone bands. Another quite bizarre comparison that can be drawn is Isis but on very strong steroids that make them do blastbeats and growls every now and then. The main thing about this record is the atmosphere and the guys from Ulcerate have managed to nail it with every riff and beat performed. In fact, you don't even feel the transition from one track to another because you drift in the dead ocean of dark light created by these three talented guys.

What really impressed me about this record is how loose the structures are and how the musicianship doesn't get in your way. For death metal it's quite a rarity to hear a record that doesn't focus on the technical abilities of members involved. However, with The Destroyers Of All you don't really feel the technical aspect of the music unless you really focus on it, and that's a huge achievement. It's like you watch a dark movie with your years and forget about the camera work, feeling like you're in the picture yourself. Pure genius!

All I can say that Ulcerate latest deserves to be listened to over and over again (exactly what's happening to me for the last week) and it's an instant classic that shows the amazing talent of these guys in terms of musical composition. Being able to create such a strong and all-consuming atmosphere by using the standard expressive instruments of death metal is very ambitious and successful in case of Ulcerate. Think of this record as a soundtrack to the dark days of your life. A very good soundtrack that you will enjoy for a very long time. 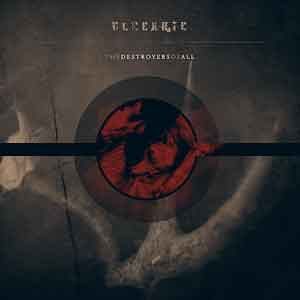