Formed in 1996 and from Prague this five strong thrash band are clearly ready to blow your brains out!

Intro
Dark and ominous beginning into a world of intrigue.

Burn Inside
Now this is thrash pure unadulterated thrash as well, encompassing and unruly that sticks within its boundaries. Producing a superb atmospheric spark and immediately fires the blood as one would expect, so not disappointing at all and has that corrosive influence that houses a potent energy.

Chemotherapy Of The Government
This track stalks its prey in a predatory stance as it gathers momentum and literally devours full of menace and compelling with its harsh rhythms that are plentiful and vocally scathing.

Walls Of Madness
Emotive and imaginative with a modern twist that possesses ridiculously addictive grooves and ferocity within its tempestuous persuasive madness. It unleashes a formidable force on the world.

Part Of The Machinery
This track literally chews on the senses and is intrusive as it is captivating. So far track after track it has delivered vigorously strong impressions and this track is no exception.

Threat Of Death
Again ridiculously addictive and thrusts you into a sonic brutality of thrashy riffs with a dramatic emotion that ripples with just as much intensity.

Trapped Between Two Worlds
A much softer approach of beautifully drafted strings that wash over you with a dream-like stance. However it gains momentum further on but then falls back into its softer portrayal and yet never loses its intensity, cleverly highlighting the bands diversity.

Under Control Of Pain
Coming back with sheer brutality this track plunges the listener into a feverish nightmare of emotions but rewarding them with an unforgiving barrage of delicious riffs and tempting rhythms that again hold addictiveness in abundance.

Faces In The Mirror
Insidious and impressive its dark layers of sound literally swallow you whole simply engulfing you in a ravenous coil of immense and spiteful hunger.

Till My Last Breath
The gruff unpolished vocals give rise for attention as well as the deathly screams that add to a melting pot of ferocious encounters. Unrestrained and hypnotic with endless reward as its powerful sinewy strengths are realised.

All I can say really “Is the world ready for this?” Thirty five minutes and twenty five seconds of sheer bliss. If the world ended tomorrow I would be happy after listening to this!! A good strong album of tight and uncompromising tracks that every thrash head will be glad to immerse themselves into. Creative and satisfying with ravenous venom in no short supply! Simply Thrashtastic! 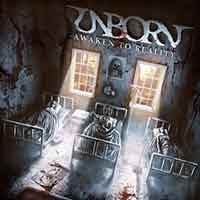