Uncle Woe are a 2 man group hailing from Canada who take the simplest form of stoner doom metal and try to stretch it out into interesting, lengthy tracks. Following the structure of their debut album, their second effort “Phantomescence” bounces between short and lengthy tracks for a stretch of about 30 plus minutes of dredging guitar, plodding drums, and ethereal vocals. The vocal bit- delivered by guitarist and bassist Rain Fice- feel like a mix of Mastodon meets Candlemass with its depressive wail, but it isn’t quite on the gothic doom level of depressing. Think more thoughtful depressing, like someone reflecting on life itself. Here and there the vocals opt for more of a rough, almost death metal roar, especially on a track like ‘On Laden Shores,’ but mostly they stick to the cleaner type. One thing that Rain does well is always mix up the vocals as best he can, be it push them into the back of the mix so they feel faint and ethereal such as on ‘Lucid Degrees Of Autoscopic Ruin’ or loud and roaring such as ‘On Laden Shores’ so listeners will certainly have that to enjoy.

For those not used to stoner doom, the music can get a bit repetitive. It is pretty much slow riff after slow riff with funeral doom style drums performed by Nicholas Wowk, with little in between. No keyboards, no samples, no lush atmosphere. Just doom. On some of the longer tracks this can tend to get boring, but Uncle Woe do a great job of making a hypnotic tone with the distortion which enhances the ‘stoner’ part of the genre and throw in some rather jazzy moments, especially on the closing track ‘A Map Of Dead Stars,’ but one has to really let the music sink in. Those who enjoy faster, in your face pace music will probably not like this, but anyone who likes weighty doom that isn’t too distorted or crushing will definitely enjoy this. Sadly, the group don’t employ too many tracks here making it feel like a long EP vs a full length, but at least two of the tracks hit well past the 11 minute mark, so the epic doom feel is right there. Stripped down, raw, and soul bearing would be the best way to describe “Phantomescence,” taking the right elements of raw doom mixed with stoner elements akin to the likes of post metal groups like Grown Below or stoner doom compatriots like Gloomy Sunday and showcasing how simple riffs, drums, and vocals can present a thoughtful, yet bare album. 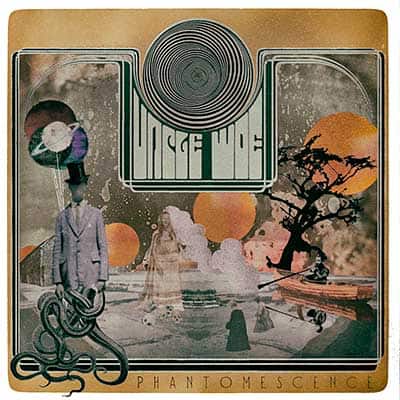 1. Become The Ghost
2. On Laden Shores
3. Lucid Degrees Of Autoscopic Ruin
4. A Map Of Dead Stars