Germany's Unlight grant listeners their fifth full length album, 'Sulpurblooded.' Like many of their previous ones, it is raw, low fi black metal and very similar to their last output which was released only a year ago. The energy is very high, but at the same time most of the tracks here are the usual typical blast beats with shrieking vocals and fuzzy production to try and meld everything together, which sadly makes everything sound more of the same than it does for atmosphere. There are tracks like "Sulphurblooded" and "Pale Rider- Pale Horse" that sound almost the same, despite some good thrashy elements thrown into the mix. Then there are tracks like "Sic Transit Gloria Mundi" that feature some samples of a crying baby, which is disturbing enough and helps add the edge to the music without being a complete annoyance.

Possibly the most standout track is the two halves of the "Dead All Things Will be" two parter. "Part I" is more straightforward black metal but there is this one part where only the vocals shine and they have this raw, demonic appeal to them that is just stunning, almost along the lines of Arioch of Marduk and Funeral Mist quality. The second half is a bit slower and more melodic at times and offers its own unique share of musical qualities, except it is more in the vein of the bass solos than the vocal talents. The "Blackthrash Symphony" lives up to its name as the band tries its hand at thrash metal, whether it is the rapid chugging series of riffs or the slow, rhythmic pulsings right before everything explodes. It is semi-new territory for the band, and a sign of a possible direction.

While this isn't some of the band's best work, there are bits and pieces on here that will make black metal fans find this an engaging album. Whether one is a fan of Dodsferd or Heims, 'Sulphurblooded' has the capability to be just as catchy as it is brutal. Its still raw and filthy but has plenty of qualities to make it more likeable than unbearable. 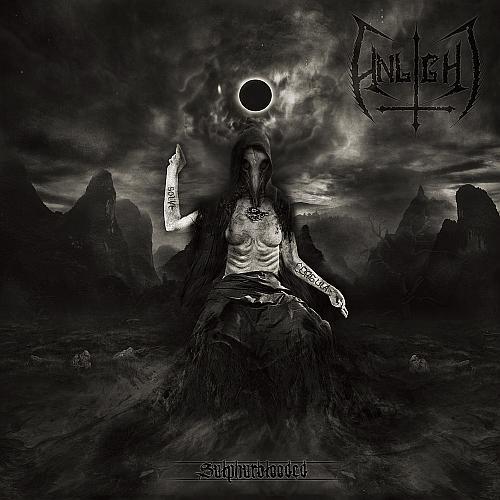