Essentially a two track effort, this dark/doom/death release brings a mixture of Anathema tranquillity mixed with typical recent doom/death recordings, all in the flavour of what I call the UK trinity of artists (if you know the sub-genre, you’ll know who I mean), but in any case with the aforementioned you can add My Dying Bride and some Katatonia going far further afield.

The two tracks with vocals add a melancholic touch to a darker stance, sometimes this works, for me it doesn’t here, I find it a touch forgettable unfortunately. But trying to take the positives out of the release, there’s plenty of atmosphere and I am sure that with more content this could well excite further, but not for me in its current state as it becomes quite repetitive. I like the change of vocal styles, but musically and the actual arrangements, they simply don’t have enough depth to gain a real appreciation, the emotive nature of the music is not quite captured fully. 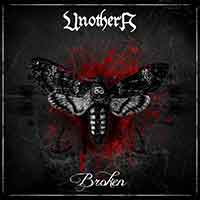