This Spanish outfit has had a couple of albums out previously which I’ve not investigated prior to reviewing this album. Previously they were a full band but are now just a studio band comprising of the duo Zoilo Santiago Loira and Diego Bea. Each of the albums the band has released has had a period of six intervening years between them which is quite a bit of time and is not a criticism if that is what the band has adopted for their project which has a progressive technical death metal structure for their music. Having listened to this album I was split into whether I should rave about it or sit in a quagmire of indifference due to it having the hallmarks of Death in a great many places which you notice the moment 'The Worst Beginning' starts the album. However I have gone for the former as the obvious technical musicianship is flawless and alongside the ambitious compositional skills the two guys have strived to write an album that is engaging but challenging and have successfully done so by incorporating beautiful melodies throughout.

'Stories Of Uncertain Morals' continues the complex melodies underpinned by the dextrous drumming patterns that inundate the song along with the bass pulsations as the guitar riffing has a dramatic aura. Again we get some very emotive guitar melodies embedded into the song that evolve sequentially to a superb finale. It cannot be overstated how good the guitar work is on this album, it is highly adaptive with each passing second producing something different and relevant that showcases the progressive poise that the band brandishes so successfully. 'The Obsolete Resource' begins much heavier with rolling double bass that lingers as the guitar work allows itself to take focus before switching to a high tonal hook that works excellently. The vocals are really the only aspect of this album that do not vary at all, retaining the same tone throughout and actually do not need to vary as it is the musicianship that keeps the listener’s attention especially as the track suddenly changes to a wonderful guitar melody that will imprint in your head. It is these guitar flourishes that are so stunning and take the release away from being just a pure set of Death influenced songs and make the release an absorbing listening experience.

Changing riff style slightly is 'Human Obscenity State' which has a modernised gritty style and bouncing beat until the bass hook filters in and the whole thing is turned on its head, a very cool melody drifts in like an echo on a distant wind and is truly gorgeous before shifting the song into heavier dominions. Contrasting massively is 'Abiding Decay' a purely death metal tune initially the track has an increasing momentum structure with drum fills and rolling bass kicks propping up the track whilst the guitar bolts to it with hooks and leads. The bass even gets in on it with its own periodic segue funky bursts making it very catchy and charismatic.

If you can get over the fact that this release is influenced and not cloned from Death it is highly engaging, extremely enthralling, melodic, substantive and accomplished. The musicianship is immaculate with impeccable song writing that is tremendously inventive and well worth your time, effort and money if you so choose. 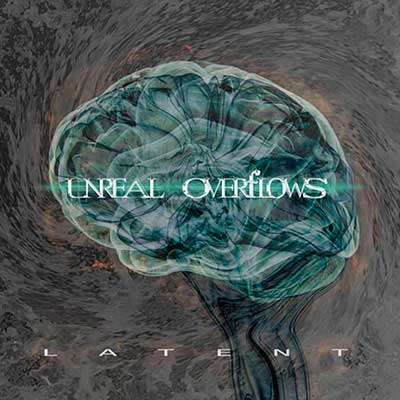