Unsoul are one those dream bands that make such a complex album it is almost laughable, but in a good way. There's so much variation on their 2008 release, Magnetic Mountain, that it'd be impossible to count them all. Basically, this is a well constructed jazz prog death metal fusion album.  Heavy hitting but also extremely melodic, and very random. There'll come parts where the death vocals will be ripping ears off and then suddenly a soft, clunky keyboard section will come in like something from a child's toy. The diversity will either astound or make people laugh. Considering the almost ten year span between this album and their debut, save for a few EPs and a split album, Magnetic Mountain was definitely worth the wait.

The album opens with "Magnitorgosk," which is a very seventies, spacey, proggressive piece. Nothing heavy about this. Then the music leads into the heavier death metal riffs with "Way Less Space" where listeners are introduced to the Mikael Akerfeldt like growls; deep and clear. The progressive sections aren't gone as the song gives way a funeral like keyboard and then the guitars jump into a jazz like jig. See: random! "Rebel Prostitute," among many others, is one of the heavier tracks, but there's a lot of technical bass rifs here that make the music extremely funky, and of course the prog string picked elements with some strange distortion is there near the end. "Contratto..." is a full blown organ keyboard instrumental that sounds like it belongs on a carousel; very abstract and different from all the other tracks. "Dance Your Legs Off" is a bit of a funny track because the opening sounds like something from the Twilight Zone and then the jazz fusion elements with the guitars and keyboards, on top of the slightly laughable growled and clean vocals, create quite an entertaining distraction so one almost forgets they're listening to death metal. "Pre" and "Post" are basically one track, just split into two, "Pre" being the prog flavored instrumental and "Post" embracing the heavier death metal side. "Breaking the Frames" continues to hold the progressive death metal groove and then the closing track is strangely industrial, but also holds some great metal riffs to it.

This is basically any prog metal fan's wet dream. Anyone who likes Klone, Opeth, or Cynic will absolutely love this. It may not be as epic or seamlessly constructed in the sense it can be so random in the way it jumps from metal to jazz to prog and back to death metal, but the variation will definitely keep this album from being anything but monotonous. If there was ever a metal ADD album, this is probably it. 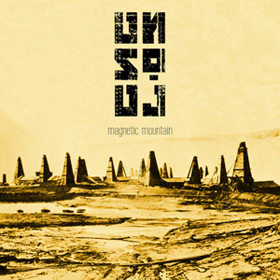