Urto is an Italian band hailing from Sicily. “Upside Down” is the bands first full length album after releasing a demo called “Numbers” back in 2003 and gaining the second place in the national competition of the Metal Battle Contest in 2006. These five guys from southern and sunny Europe are obviously inspired by Metallica during their “Master Of Puppets” era as well as such acts like Annihilator, Nevermore, Nuclear Assault, Dark Angel and Forbidden. The direction should be clear: “Upside Down” contains nothing else than pure Thrash Metal the way it was played in the late 80´s. To enhance this release, the band added various progressive parts and skilled musical contributions. The songs vary from a few slower parts to double bass driven sequences, the typical stop n´ go Thrash Metal drumming and some single blast beats. Diversified riffs and unpredictable time changes make sure no one gets bored or frustrated and it´s plain to see every musician in Urto knows very well how to handle his instrument. The production reminds me bit of “Master Of Puppets” again, but without reaching this blueprint. In any case, this is everything but an uninspired or wanna-be Thrash Metal release. The only thing some people may complain about is the pitch of the voice. One may consider it as too high, but that´s open to dispute. Urto was also featured in “Get Thrashed“, the documentary about the pioneers of Thrash Metal and their lasting influence on Hard Rock and Heavy Metal in general. Keep in mind only a few bands were selected to participate in the soundtrack. There´s no doubt: Urto is like a breath of fresh air for the Italian Metal scene and I´m sure this band is worth to keep an eye on. 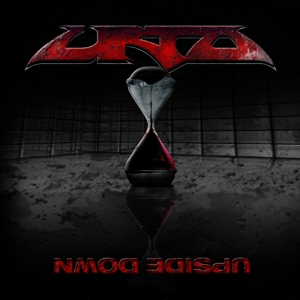