Utopian.hope.dystopian.nihilism bring forth a different kind of metal upon listeners with their debut album, and it should be interesting. Despite there only being four tracks, each one is an epic monster full of progressive metal glory mixed with other genres. The opening track is "Pandora's Box" which has a black metal influence on the vocals, but it is very faded and raw, but that is not the focus. One thing that this band does really well is make use of their guitar solos along with their piano/ keyboard work, going for some quasi black metal, heavy metal, progressive metal, ambient metal orchestra that really pulls off nicely, even if it does sound odd a times. At first the music seems chaotic and then suddenly it drops off for some low static of silence- nothing else- before picking up again for some oriental styled, single guitar work that really closes the track on a great note. "Ev Ele" has a more atmospheric, dramatic style that sounds almost like a soundtrack, but the drums stand out the most amongst the quiet, hissing nature of the keyboards and guitars. The vocals switch between the snarl that was heard on the first track but also feature a bit of spoken word parts, so it is almost folkish in a way.

"Self-Inflicted Metamorphosis" starts out as one of the heaviest tracks on the album- the vocals even take on a growl here- but eventually mellows out for a more acoustic and psychedelic section that is slow and enjoyable, with the vocals almost sounding like they're coming from underwater with how faded and distorted they are in this snarling hisses. Overall this track can be hard to judge as whether it is beautifully ugly or just a great blend of heavy and soft. The final track, "GoodbyeExi(s)ts," is the slowest track of all and also the longest. It feels like it carries on forever, but also seems more progressive and folkish than the others, like in the vein of Agalloch. The tone of the guitars is very folk oriented and the hissing vocals sound like nature whispering through the trees, minus the touch of menace to them. However, they don't detract from this great symphony, which is an excellent closing to the album as it rests on a good note that won't disappoint listeners. As a result, fans will be completely inspired by this excellent breed of metal that will hopefully be the first in a long line of future works. 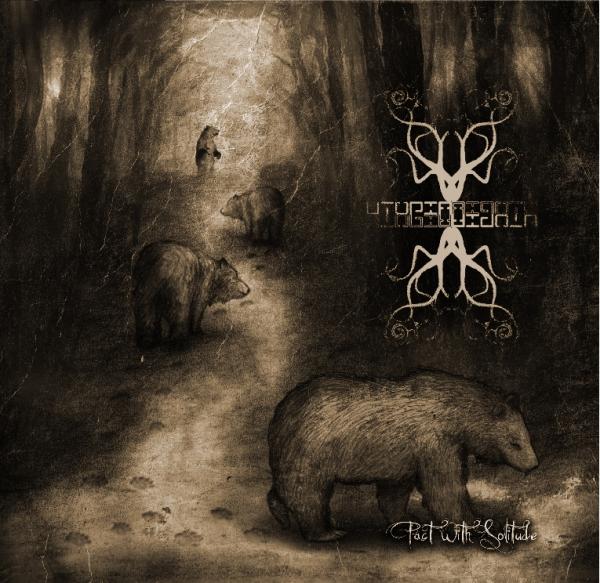 Self released
Reviewer: Colin McNamara
May 15, 2011
Next review: Sarke - Oldarhian