Utuk Xul - The Goat Of The Black Possession

South American satanik black metal. Spreading the occult over more than 10 years they now release their second hymn. Starting and ending with an spoken ritual from Anton LaVey which set the tone easily. What follows are songs with hellish vocals, raging guitars and fast drumming. And this 5 songs behind each other. Little variation which make it accessable to only die hard stanic war black metal fans. 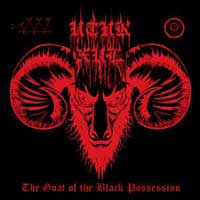 From Beyond Productions
Reviewer: twansibon
Feb 26, 2009
Next review: Utlagr - 1066 Blood And Iron In Hastings