Valefor - After The Sad Hours

'After The Sad Hours' may seem like a demo, but it could very well be Valeford's next full length album. Like previous works, it is a mix of melancholic depressive black metal in the vein of bands like Xasthur and Immundus- bleak, sometimes reptitive, and emotionally powerful. For the most part. The demo opens with the instrumental "Nowhere" which is just the same few plucked guitar notes over and over, before a sudden pause, some movement in the background, and then picking things up again, as if the musician had a sudden brain fart and forgot what he was supposed to do. As far as atmosphere goes, the music is wonderful and simple. The heavier tracks like "No Place For Hope" also do good at setting the atmosphere properly, even with the chaotic distortion of the guitars being tremolo picked and the drums beating incessantly away amongst the static. Some tracks feature a bit more churning rhythm than the others, such as "No Place..." which is admirable, but then the vocals come in and ruin everything. Valeford's mastermind has some good musicianship, but his vocal work is just terrible. It sounds like a child being tortured and letting out incessant wails as his fingernails and toenails are being torn out. Maybe this is to add to the depressive black metal effect. But, more often than not, the wailing just gets unnerving and makes listeners want to avoid the music rather than enjoy it. Other tracks like "The Embrace With Pain" feature some more tolerable, spoken vocals that tend to overshadow the painful shrieks, but only make the music slightly better. When the second instrumental comes along, even the repetitive acoustic bits seem more appeasing on "Helpess Souls" compared to most of the incessant wailings.

As a result, this music is pretty much limited to fans of depressive black metal, or those hoping to be disturbed greatly by vocal work. One probably won't become this unnerved since they heard Abruptum's first album or something by Stalaggh- and industrial ambient noise band known for its chaotic and dissonant nightmarish music. Musically sometimes this album can seem very appealing and meditative, but then the vocals... they just tend to ruin everything (or perhaps they truly enhance the experience). Thankfully, they are mostly buried in the sound so they aren't that loud. Depressive metal never looked so bleak... or hopeless. 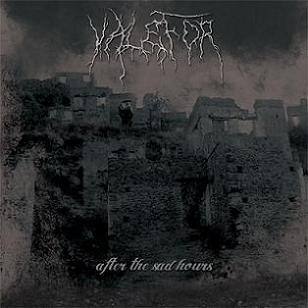 Label: http://www.extreminal.com
Reviewer: Colin McNamara
May 29, 2011
Next review: Regardless Of Me - Pleasure And Fear