Having formed way back in 1987, Valhall have traveled a rocky road to get to this point in 2010. Valhall started out as a Thrash / Black Metal band but after several line-up changes and a search to find the right sound, they eventually found a passion for Doom and Stoner Metal which was inspired by the sounds of Saint Vitus, Candlemass, Trouble and Sleep. The current line-up is Ronny Sorkness on vocals, brother Kenneth Sorkness on bass and vocals, Frank Wanberg on guitars, keyboards, vocals, Kenth Robin Olsen on guitars and drummer / vocalist Gylve Fenriz Nagell who has also worked with Darkthrone. After a demo and a couple of albums including the 1997 release "Heading For Mars", the band begin work on "Red Planet". That is where the story gets interesting and also frustrating from the point of view of the band. "Red Planet" remained in obscurity for close to 10 years before Phil Anselmo's Housecore Record's label came along willing to release the album. Finally in 2009, the album was given its long overdue release and for the most part, the wait has been worth it. What Valhall has been doing while waiting for this release to happen is unclear but i hope to conduct a interview in the near future because i feel there is a story here that needs to be told.

Opening track, "Stonehead" kicks off with a Revelation meets Spirit Caravan vibe, high doses of fuzzy guitars with a laid back spacey vocal style takes you on a cosmic Stoner Rock trip in a true 70's rock vein. Keeping in mind the album was recorded in 2000, so it does have the feel of Stoner / Doom bands of that period, however it doesn't sound dated at all. "Liberation" takes the listener on a more late 60's bluesy Hendrix type of journey with warm, organic keyboard sounds with a psychedelic edge. "Suicidal Hippie" cranks the fuzz level up just that little bit more and delivers some killer riffing while "Easy Rider" is easily one of the best tracks on the album. A groove that is as heavy as it is laid back, this has a blues meets doom vibe. The years this band has spent developing their craft has paid off, the proof is in the musicianship. Not only are the riffs top notch but the fine solo work and the solid back-line Valhalla possesses is beyond solid. "Rohypnol" is a jazz styled intermission, kind of cool but its only real purpose is to give you time to grab another beer or run to the bathroom. "Mister Know-How" is the first let down of the album, it changes the vibe from Stoner/Doom to a Pop-Rock feel and for my tastes, it doesn't work and hurts the overall flow of "Red Planet", some people may dig it but not me.

"Dead End" returns the sound back to Stoner grooves, it is catchy but a little generic of millions of other bands. With "Made In Iron", Valhall throw us another curve-ball, this reeks of Manowar-styled early 80's Metal complete with high-screaming background vocals. Those vocals are like having your balls slammed in a car door, it was great once but these days it sounds dated and cliched. Thankfully the song is saved by blistering lead guitar work but "Made In Iron" does have the word "filler" written all over it. "Gravedance" returns the album to some quality Stoner / Doom grooves, the bass lines in this track are rich, warm and infectious. The final track "Phobia" is a perfect, head stomping way to finish the album. The early 70's feel that blends Psyche / Acid Rock with jazzy guitar lines is a trip to listen to while keeping a relaxed headbanging groove right up the final notes. Despite a couple of filler tunes, "Red Planet" was worth the wait, there is nothing original, ground-breaking or inventive but the band is unique in the way they blend styles and sounds from the late 60's up to 2000 when the album was recorded. Hopefully now with a decent label behind it, it will create the buzz it deserves. This is a solid, infectious album that at times sounds relaxed and at other times extremely heavy. Everything from Psychedelic to old school Heavy Metal to Doom Metal gets a look in here so if its variety you are looking for, then you can't go past Valhall's Red Planet. 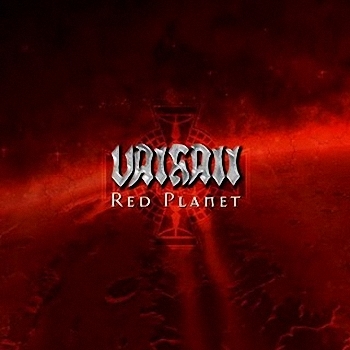 Housecore Records
Reviewer: Ed
May 19, 2010
Next review: ShEver - A Dialogue With The Dimensions