Van Canto are a very unique metal band because they aren't really metal. There are no guitars involved, no bass, no synth, and the music isn't even brutal or heavy. Only the drums are the real instrument. Everything else is done vocally- 5 vocallist to be exact. The best way to describe Van Canto would be 'power a-capella.' It's revolutionary in the sense that Apocalyptica did their work with cellos. Like the Finnish orchestral metal band, Van Canto have a mix of metal band covers amongst their own songs on this album. Each is a unique reinterpretation of the greats of metal, from Grave Digger to Metallica. The use of vocalizations vary from an actual lead singer to backing male and female vocals that create one hell of a choir and a fantastic take on metal itself.

Lots of the musical originals by Van Canto are done in a more progressive or power metal style, such as "To Sing A Metal Song" or "Tribe Of Force." While it may sound silly at first, the way the vocals change their pitches and sing, croon, grunt, and hum is amazing in how they create such harmony and certain musical melodies that actually sound like guitars are playing, believe it or not. One of the vocalists even does the honor of being able to perform guitar solos with his vocal patterns. Other tracks are more folk inspired and slower such as "Last Night Of The Kings" which offers solo vocal performances with the backing vocals offering a light hum in the background. This heralds back to exterme olden days where vocals was all that societies had to create music, and brings out the true roots of folk metal these days (minus the modern instrumentations). "Hearted" is a bit heaver than the other tracks which seems to pay tribute to some death metal songs as the vocals growl a little bit before becoming more operatic. "Frodo's Dream," the closer, sounds more folkish and offers more female vocal work over the male vocals which grants even more range and variety for the band.

While it is a shame the group didn't expand on their metal genres with their a-capella group and try to get some black and doom metal in the mix amongst all the death, power, and thrash, it is still amazing on what the group can do. It's been a while since a group has done something so original and is worth checking out for any metal fan just to see the unique take on the music. Those that already know of the band certainly know what to expect from Tribe Of Force, and newcomers will soon learn of the haunting power that vocals can have alone in the metal world. 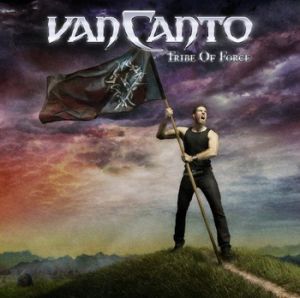