Vengeful 187's debut album, "War Neurosis" is a pummelling, beatdown obsessed record which angrily slaps more times than your local stripper. The record focuses on themes of war, life in the trenches and the post traumatic experience that follows. Whilst this isn't always obvious nor expected within a beatdown album, the message is portrayed enough to be noticed including within the album's artwork.

The genre is simplistic and the formula is often bland throughout, focussing mainly on early beatdown influences, yet fans of early deathcore and most slam can't argue against this record's fundamental ritual when heavily relying on breakdowns and chunky basic riffs themselves. However, done right and beatdown is deserving of a time and a place, especially in the live scenario. Production might not be tip-top, but the ferocity is most definitely present as vocalist Ryan English barks and growls throughout the record's entirety, with a little help from some great guest vocals by Don Campan (Waking The Cadaver) and Kevin Muller (The Merciless Concept). But the stand out track among the eight is 'Shell Shocked' with its eerie, educational suspense of an intro to it's most menacing and hardcore essence of the ending vocals shouted and growled over and over.

2021 is a risky release for such an album to have any merit in standing out in their crowded music scene. With 2020's massive lockdown, almost every artist has been working on their best material to date. For this hardcore trio, going backwards to the genre's prime might work wonders for older fans of the genre, but also may prove difficult to attract any modern attention regardless of how aggressive and lyrically exciting this record may be in comparison to current themes of politics or gore, in which these underground genres are usually plagued by. 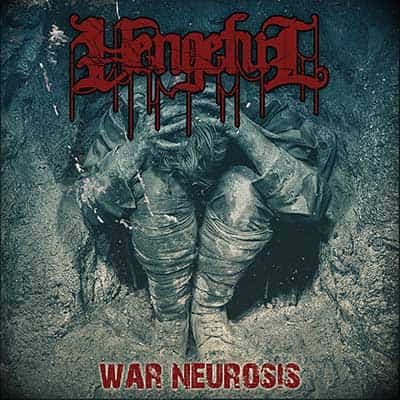