Verzivatar – In The Shadow Of Sombre Clouds

I haven’t many informations about this Hungarian band but I think that In The Shadow of Sombre Clouds is a debut for Verzivatar. The two guys in the band are totally wedded to a really primitive form of Black Metal: the guitar riffs are the same of other better known bands of 15 years ago (but unfortunately not so inspired) and the same we can say about a monotonous drum and about a voice in the perfect Burzum style. I haven’t found any winning point during the listen and the excessive length of the songs didn’t help me: 4 tracks for 30 minutes of  music. Their fathers from Norway are still on another dimension. 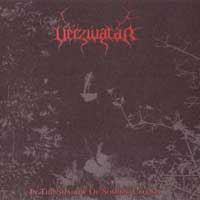