Ah, another short piece by a misanthropic black metal band trying to spread their hate around the world. If you've heard one, you've heard them all: gritty production, raging chords and blast beats, the occasional synth to try and make things creepier, and of course, the vocals of the tortured. Vetus Obscurum's first demo, "Blood Revelations", is no different. It isn't bad, it isn't good... it just floats in mid air with about fifty other black metal bands that sound just like them.

Hailing from the U.S. the band is made up of 4 guys who take twisted pen names like "Meat Shits" and "Numinas" because they don't want to risk their friends finding out their real names behind this music that may be brilliant or it may just suck. Whether for theatrics or a good cover, the names suit the music: evil and dark as fuck. Many of the tracks on this demo are guitar focused in either trying to hammer out as many blast beats as possible or just performing long, droning, distorted chords. All the tracks are about mid length, not too short to feel cheated or too long to make listeners want to stick a fork in their ear; a good thing for the band. The heavy distortion helps create the atmosphere of hate that the band conveys with their music, but as always with bands that try to distort their music too much, there's that damned clash of reverb and the aftershocks of some very poor white noise which always ruins a good listening day, especially when it comes to the drums which are barely audible in the first place.

Not everything about Blood Revelations is about blast beats though. "The Omen From The East" has a melodic, eerie solo on the guitar that sounds like a black metal version of the theme from Halloween and Michael Myers fame originally done on keyboard. It's a good break from the muddled haze of everything else bleeding down the walls. "Antidote To Humanity" also has a clear solo that helps break up the monotony of the album, but aside from that expect a frantic droning buzz followed by anguished vocals to dominate the album. Only fun for the suicidal.

Ultimately Vetus Obscurum are a straight up black metal band trying to sound as evil as possible by warping the fabric of sound and space itself. The sad thing is that they are warping it in circles without really getting any tears in. Influences from Darkspace to Xasthur to Krohm can be spotted all over the music, just to a lesser degree. There is potential as the band knows how to channel hate and evil into their music; all they need is a bit more emphasis on the keyboards and some quieter guitar moments so the damned static doesn't ruin everything and we've got ourselves a pretty good atmospheric black metal band of death itself. Keep ripping it up, Obscurum, eventually you'll break through the mold. 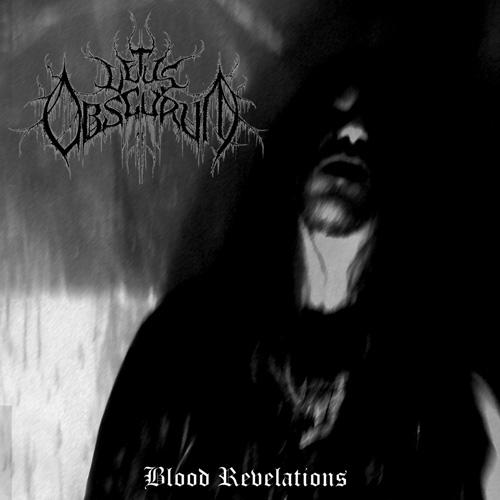