Walkyrya has recently their 2nd full-length album in the form of, "The Invisible Guest". This album is the solid culmination of two demos, and a 2013 LP titled, "End Line...". Walkyrya is based in Italy and is comprised of Aran Morion (bass), Tiziano Casale (drums), Federico Caggiano (guitars) and Vincenzo Santopietro (vocals).

"The Invisible Guest" starts off with the thundering 'Black Hills' and guitars that remind me of Dimebag Darrel and Pantera. The next track, 'Open Grave' isn’t bad, but the album really starts to shine with 'All The Time'. 'All The Time' eases its way in with groovy guitaring that took me back to the first time I heard "Far Beyond Driven" by Pantera. The next track, 'Drive Angry' builds upon the guitars and groove of the last track but doubles as the perfect lead up to the best song in the album.

'Evil Clown' gets my favorite track from this album. It keeps up the guitars but really shines as the peak of the vocals on this album. It has a good mixture of guitar solos, different riffs, and a nice harmony between the softer and harder vocals. Overall, this song captures what I imagine to be the spirit of the album. 'Evil Clown' definitely got the most replays out of all the songs here (but 'Venom Tears' wasn’t far behind).

Overall, this is a strong album. It starts off a little slow, but it keeps building on itself with each song. Normally an album tends to bring its best around the midway, but Walkyrya keep delivering greatness with every song, up to the point that it was hard for me to pick a favorite. I’m definitely happy with this album and I believe these guys have a ton of potential. Based off the fact that Phil Anselmo & The Illegals just finished a South American tour, its pretty apparent that Italy is hungry for some authentic, groovy thrash and I don’t know anybody better than Walkyrya to give it to them. 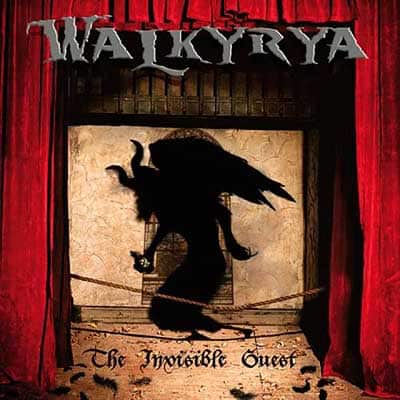