Wall Of Sleep - When Mountains Roar

Hungarian band Wall of Sleep are back after a 3 year break from recording with a new  full-length album, "When Mountains Roar" and a new lead singer in Cselényi Csaba. After forming in 2002, the band got off to an amazing start with the excellent "Overlook The All EP in 2003, the equally awesome "Slow, But Not Dead" in 2004 and their best album, (in my opinion) "Sun Faced Apostles" in 2005. They then kind of lost the plot when they released "...And Hell Followed With Him" in 2007, an album most people would agree would have better off with a few songs dropped and made into a EP. Wall Of Sleep have never suffered in the musicianship realm, they have always had great players but the vocals have always been an issue with this band and despite having a new vocalist on this album, it seems that issue continues to haunt them. The new guy up front is ex-Stardrive's Cselényi Csaba and he is an improvement over previous singer Gábor Holdampf, the man who was rather unfairly called the "Yogi Bear" of Doom Metal. The other immediate improvement with this album is the band have a new-found freshness and maturity while maintaining all the infectious groove that has been one of their trademarks over the years. "...And Hell Followed With Him" was an album that had the groove but at least half the songs sounded like a limp-wristed attempt at Doom Metal, basically the songs lacked any spark. This new album, "When Mountains Roar" brings back the spark found on earlier releases but again sadly the singing is well, average at best but more about that later.

Being named after a Black Sabbath" song you would expect a plodding kind of doom to hit your eardrums but Wall Of Sleep actually sound more like Dio era Sabbath than Ozzy era. This album also seems to suggest the band are moving away from their trad-doom roots into a more straight-forward Stoner-Metal sound, they have always been heading in that direction anyway but on this album, they have arrived firmly within that genre. The riffs still pack a doomy punch at times however as in my personal favorite of the album, "Receive the Pain." Also, the band is still all over the place in terms of influences, Cathedral, Trouble to Down, C.O.C, The Obsessed and even Thin Lizzy can be heard in snippets throughout this album so there is plenty of variety.  Unlike the last album, there is no filler but also really nothing that totally blows you away either. Along with "Receive The Pain", opening track "Hungry Spirits" kicks with an infectious groove and "Raven Avenue" is close to 7 minutes of some hair-raising majestic playing. The rest of the album doesn't stand up as well but it doesn't fail either, it is just by-the-numbers Stoner meets Heavy Doom Metal with some heavy organ thrown in for good measure. Basically to put it in a nut-shell, if you have listened to Doom Metal for more than a few years then you have all this a million times already but when Wall Of Sleep nail a tune, they work some magic. It just doesn't happen often enough for my liking.

This brings me to the subject of vocals, the new guy is better than the previous singer but he sings in a style that seems to go against what the music is doing. The vocals are at times a little abrasive for the music sounding out-of-place, it is not really bad but a more melodic vocalist could have done wonders for the album. I stress this is just my opinion but it is how I hear it. Despite all that, this is a big step forward after the last album and deserves to win the band some more fans. The "Sun Faced Apostles" album still reigns as their best album but this comes close at times so I can still recommend it, out on PsycheDOOMelic Records. 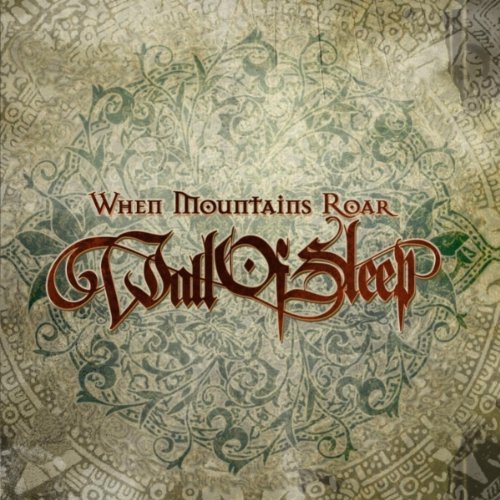