Doing a quick headlining run before starting a campaign with Kreator, Exodus and Belphegor, California's Warbringer brings their combat thrash though Minnesota. These guys have the energy of ten atomic bombs when they hit the stage. Warbringer’s high intensity thrash, face melting leads and devastating drums whips any crowd into a frenzy. The band members on stage move as much as the crowd, constantly head banging and moving around the stage which allows for great viewing from the crowd, if you are not part of the pit. Though their set was a little short for a headliner, the band played very well, and left no one disappointed. Make sure to check out Warbringer as they lay waste to North America once again with Kreator and Exodus starting in April. 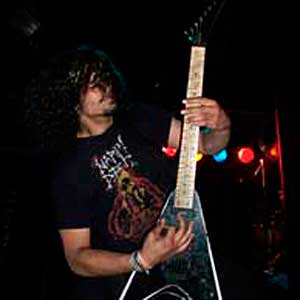