After a 6 year absence from death metal and collaborating with Nadar Sadek Steve Tucker returned with Warfather’s brilliant debut album "Orchestrating The Apocalypse". Another shock came through the metal world when it was announced Steve will be returning to Morbid Angel. Now we all know as exciting as this is, Morbid Angel is Trey Azagthoth’s baby so until that kicks off Steve has returned with his own baby and this time fellow ex-Morbid Angel and death metal legend Eric Rutan ins in the producer’s chair. This sees the first album Eric and Steve have worked together on since Morbid Angel’s 2000 album "Gateways to Annihilation"

"The Grey Eminence" shows a natural progression from the band’s first album however one main difference is this album is more brutal. On "Orchestrating…." tracks like 'My Queen Will Not Be Mourned' there was orchestration, there was melodies throughout the album. As heavy as it was, there were just sprinklings here and there of other elements. Not this time "The Grey Eminence" goes for the throat and doesn’t let go. New members Bryan Bever on drums and guitarist Jake Kock both make a seamless integration into the band. Musically the mission hasn’t changed its death metal straight forward with no nonsense but it death metal of the highest quality. From opening shredder 'Order Of The Horde' to 'The Dawning Inquisition' which is slow and punishing, this album’s greatest strength is the song writing and it’s atmosphere.

"The Grey Eminence" has the quality of all your favorite death metal albums and will sit among the standard bearers we all hold dear. 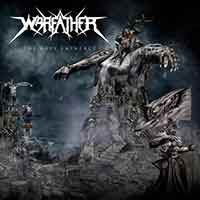