After a brutal debut, Mexico's Warfield unleash a brief, but equallty crushing EP. Expect nonrelenting and unremorseful black metal here with touches of melody, but only touches. A lot of the production is raw in the distorted guitars and constant drum bashings, but especially in the drums there is a special sound quality, like a hollow ring of a metal pole that one would hear from hitting it. It is very unique and atypical to metal, and also a testimony to the production, despite how raw it is, still allows the instruments to be heard pretty clearly. The vocals are the usual evil snarl and tend to feel faded in the mix well, much like a Gorgoroth album, but aren't too faded that they have that audible hiss when they are performed. Between the three lengthy, but brief set of tracks here to complete the album, there isn't much differenence between the tracks, though "Divinity" tends to break from the endless tremolo picking a lot more often and even has some atmosphere created through the lengthier guitar tones. Overall, it is just a brief respite to sate fan hunger before the next album, but new fans should skip this album and check out their debut full length, 'Conquering the Black Horde,' for some evil black metal superiority from Warfield. 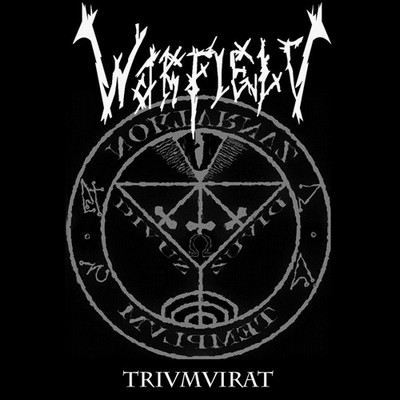