Yes, yes, upon first listen Winter's Verge just sounds like any other power metal band with a story to tell, but fortunately the story here on their concept album, Tales of Tragedy, it's a little more than focusing around the fairytales and mythology. Following their wake of Italian bred metal, each release has a story to tell, with Tales of Tragedy focusing on a sea faring opus rather than the more mystical Death influenced one that their last album had. Musically, there isn't really anything new with Winter's Verge; still lots of chord driver songs with lots of backing keyboard and the usual power/ melodic metal vocals. If it wasn't for the story then most fans would probably not be as excited as they originally where when this came out.

"World of Lies" and "Old Man's Wish" is a great opener for the album offering, featuring heavy guitar, keyboard solos, layered vocals, and lyrics introducing the character, followed by "I Swear Revenge" which offers the dilemma of the entire album, yet it doesn't exactly say who caused it (the cover art surmises that it was pirates, but who knows?). The tempo on the music is more epic here and involves more rapid, chugging chords than the longer, more melodic wailing ones. The keyboards sound especially symphonic. "For Those Who Are Gone" is a great requiem, slow, melodic, and keyboard focused. "The Captain's Log" has some interesting pirate-metal influenced keyboard in the beginning and then slowly builds towards a crescendo before exploding into a melodic chorus. The musical structure here is nicely balanced; not always fast and chugging yet not as slow and ballad like as the previous track. "Envy" has another slower keyboard opening, followed by some heavy guitar work and a great solo near the end with the keyboards offering a very quiet, orchestral background. Other notable tracks are "Madness Once Called Love" which involves some great keyboard work in a symphonic measure which is contrasted by a raging guitar solo. "Tomorrow's Dawn" is one of the heavier tracks, specifically for the machine gun fire drumming style. "Reflections of the Past" has some great warbling guitar and bass notes mixed with the chords and the closing track, "Curse of Time," offers an excellently melodic and symphonic musical structure to close out the story the album has created.

Power metally speaking, Winter's Verge hasn't changed their style, or done anything amazing with the genres. Old fans will dig them all the same, and new fans who like story telling albums such as Symphony X's or King Diamond's work will find something new to be fascinated with storywise. However, if you're looking for something fresh and new in the power metal scene, Winter's Verge isn't it. It's a lot of the same ol' fomula, but done well with a fresh story that ultimately has more questions than answers, but entertains all the same. 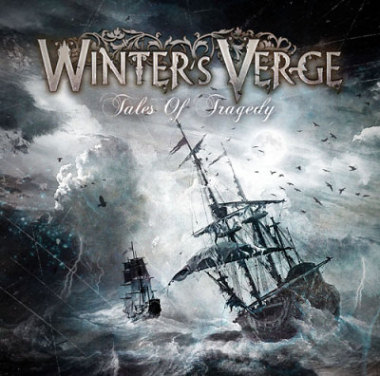