Despite Xasthur's departure from the world of Depressive Black Metal back in 2011, many will still agree that the sole individual known as Scott Conner has been one of the biggest influences on the genre. Xasthur has always been known for throwing out tidbits of unreleased and demo material to listeners in the range of compilations and EPs, and 'Nightmares At Dawn' is one last offering for fans to see another experimental side of this one man band. While some were upset that on his final album Xasthur invited Avantgarde Folk oriented musician Marissa Nadler to take part in the music to create one final, unorthodox epic, most diehard Xasthur fans should appreciate the work here. Opening the album is the piano depression soaked "Spoken In Vibes Of Coldness"- an approach that many probably wished Xasthur had used more and more on his work. With the title track one gets the familar downtuned, droning guitar that seems to carry its wail on and on forever with the drum machine in the background, but the vocals are a bit different. On many tracks here Scott Conner aka Malefic puts aside his usual piercing shriek and adopts a more spoken work drone that was prevalent on his 'Living Hell' EP when he worked with the mysterious MH. Other vocal experiments include the drowning and sputturing gargle of "Degenerate Uprising" which sounds even more disturbing than the usual shriek. And of course there is the Doom Rock oriented Black Sabbath cover where some may agree that Depressive Black Metal and Heavy Metal just don't really mix; the shriek contrasts the churning sludge riffs.

Of course this compilation is not without its repeats. The ever so popular "The Prison Of Mirrors" which made more than a few appearances for fans to get tired of on previous albums such as 'Subliminal Genocide' makes a second appearance with an updated version, as does "Screaming At Forgotten Fears" and "Sucide In Dark Serenity." Listeners will not notice much difference between the versions save perhaps the synth was turned up or the vocals sound even more faded, but it will be more than likely that these tracks will be skipped. Also some of the 'new' tracks like "Enthroned Uslessness" will sound like they were featured on albums like "Defective Epitaph" or "All Reflections Drained" as longer, different titles. For those who are not the average Xasthur fan, it should be warned that after a few tracks it is more than common to think that much of Xasthur's music sounds the same... as such is the trend with  most Depressive Black Metal. Still, if one is a diehard fan of this artist, then this compilation cannot be passed up as the few original treats here are definitely worth it. For new fans, one could probably find some enjoyment of the album, but its not a necessary addition. 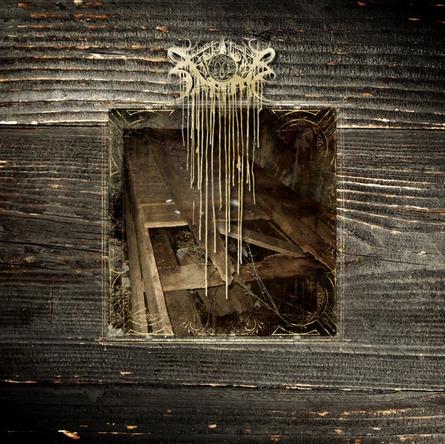