Xeno is a metalband from Middelburg, this city is the capital from the Dutch province of Zeeland. When the band started in 2008 it had a different name but after some lineup changes and years of hard work the bande became Xeno. The band was influent by a lot of melodic/prog metal bands but also some harder influences, and with lyrical philosophical themes in mind the band began working on their first album named "Atlas Construct".

It was hailed very positive by a lot of fans and reviews, the album had set a stage for more melodic death metal to come and was according to one reviewer pushing the limits musically. After the release of their debut album the band started touring and performing inside and outside of the Netherlands with big names like Carach Angren. But still wishing to make even more music and push the boundaries, the band started to write and after some line up changes the band teamed up with Art Gates Records and recorded their second album "Sojourn" in 2020.

Beginning with a soft yet melodic intro the stage is set for the rest of the album to come with the song 'Revery'. The next song 'In Stasis' is a song with a soft beginning but after that melodic and atmospheric in an odd time 7/4 measure are entering the song. The whole song is a combination of interesting rhythms and melodic parts in combination with very soft vocals. The ending of 'In Stasis' is one big guitar solo that suddenly ends.

'Dusk' has a more heavy and haunting beginning still melodic but in another way than 'In Stasis'. The drums are forming the most important parts in the beginning together with the raw and clean vocals. But after some very interesting musical parts where a lot of different things are happening, all falls silent except for the keys and drums. This was one of the parts that I liked the most about this song and maybe even the whole album. Because it is experimental, well played and it just is an awesome example of how music can get more layers and possibilities when you are adding an extra instrument to the band.

The song 'Resurge' is also a very interesting song to listen to, it has a lot of changing musical parts and rhythms. There is a lot of experimentation in this song between the different instruments yet the one binding factor in this song are the vocals who are navigating themselves between the different parts with singing and growling. After a good five and a half minutes the song fades away with a very soft outro.

Xeno did a very good job making this album, there is always a lot happening in the songs and sometimes you need to listen a few times to some parts to hear everything that is happening. Different accents, melodies and rhythm's are layered upon each other to create their own style and song texture. Overall "Sojourn" is an example of good musicianship, it is not easy to create, record and let alone play this type of music. I really hope to hear some more of their music in the future. 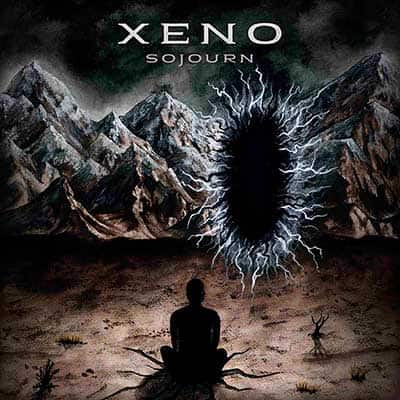