Welcome to a voyage through progressive music and lots of emotions. Hailing from Tel Aviv, Israel, Xenoliths music is based on melodic Death Metal with numerous other influences like the already mentioned progressive parts as well as unpredictable accoutic additions and sometimes even real quiet Opeth-like and atmospheric passages. But let´s take a close-up look at the songs.

With 4 songs over 10 minutes of playing time, it should be crystal clear the guys of Xenolith offer intricate song structures with variable riffs, lots of melodic insets and complex arrangements. So if you´re looking for sleazy cockrock vibes or maybe raw Goregrind with drum computer blasting, “Obscure Reflections” will be the wrong choice for you. Instead of that, fans of playful progressive Death Metal should continue to read. Like already mentioned, it would be wrong to reduce Xenolith to their Death Metal basement. There´s a lot more to discover on this release and it surely demands repetitive listening sessions to get completely into it. The rhythm section delivers more than just the usual frame and contributes various enrichments to the tracks. The vocalist reminds me of Dark Tranquillitys Mikael Stanne with a few additional darker growls. Ok, this is nothing extremely spectacluar or innovative, but it fits Xenoliths music very well. Produced by Yuval Kremier and Erez Yohanan at Amaseffer Studios, Israel and mastered at Bazement Studios, Germany, the recording quality could be easily described as energetic and beneficial.

Talking about a debut album, there´s always some space for changes or improvements, but I think the guys made the right choice concerning recording and mastering. Clocking in with approx. 55 minutes of total playing time, it´s plain to see “Obscure Reflections” is real value for money and suitable for every supporter of progressive and open-minded Death Metal. It´s hard to emerge from the overcrowded and unclear music market, but fans and friends of Obscura or similar bands shouldn´t hesitate to check Xenolith out. I´m sure you won´t regret supporting this interesting underground Metal outfit. 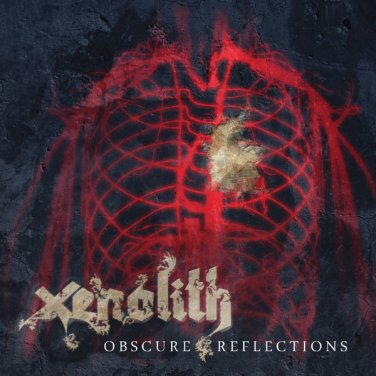