Yellowtooth - Crushed By The Wheels Of Progress

Hailing from the state of Indiana in the United States is the band Yellowtooth, and they make a mighty return with their new album entitled “Crushed By The Wheels Of Progress”.  This album is definitely going to take the underground sludge/doom scene by storm for the simple fact that these guys are so devastatingly awesome with the music that they create. What makes them so awesome? Well, they take a form of music where all that can be done has been done and they add their own special magic to is to breathe new life and start a new legacy of doom-like sludginess that is sure to satisfy the most critical of fans.

Even though they are labelled as a sludge/doom band, there are several instances throughout this album where you can definitely feel a death n’ roll type vibe going on. Try to picture, if you will, Entombed playing a Cathedral album. The guitar work on this album is phenomenal. The use of groove-laden riffs at precise moments really compliment the straight forward sludge/doom riffs. In most instances the groove style of playing is brought to the forefront which I believe is done in a way and intended to be more than just an accent to the music. The way these riffs are played hits you right in the soul and then continues to dig even deeper. I have listened to this album a few times before writing this review and every time I do, the emotion and feeling that this music invokes hits me every time. Even the drum work, which I wouldn’t say is a traditional style of sludge of doom styles of metal, has a similar effect. Having vibes of standard heavy metal and perhaps a tad bit of progressive metal, the drum work here compliments the guitars nicely and compounds the intensity of the overall feeling of euphoric awesomeness that can be felt from every one of these tunes. One thing is for sure, between the groove-like chugging of the guitars and the pounding rhythm of the drums there is something there that will pull you in. Yeah, you’ll hear the music, but just put this cd in, sit back and lose your eyes, and not only with you hear the music, but you’ll “feel” it “happening” all around you. There is an undeniable and undying passion in every note of this album. From the riffs to the solos and on to the drums and vocals. When this album is finally over, you will not be able to deny the godly, pride-filled musicianship that this album contains.

If you are into bands like Cathedral, Entombed (death n’ roll era), Black Label Society, Down, or bands similar to these, then I highly recommend that you check out this album. The caliber of the music contained in this CD almost commands respect. It is obvious that the band have put a decent amount of time and though into the song construction and the delivery thereof. It seems to me that the band went into the studio to record this album with the frame of mind that they wanted to play as if they were playing a sold out show. Very rarely do you find that passion in studio recordings anymore. That passion is here and with the different vibes and influences incorporated into their music, these guys are sure to have a long career in the music industry. 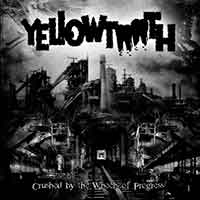