Youdash are a four piece from Poland who are releasing their debut full length “Astrophobia”. While Poland is revered for their death metal scene it has a rich musical landscape in general and while they are a little cut off from the scenes in say the UK or the US they aren’t burdened by “Cool” and there’s quite a bit of quirky and experimental stuff coming from there. This is where Youdash come in.

“Astrophobia” has all the usual death and thrash metal aspects going on but Youdash are not afraid to play with time signatures and mix genres. I feel a big Mr Bungle influence and the band come across as a more metal and a less pretentious Dillinger Escape Plan. Opener 'Celestial Phenomena' throws this great jazzy section before going back into the onslaught. 'Devouring Cell' is a bit more straight forward sounding like the more recent material from Decapitated. A track like 'Astral Anxiety' is where the band really shines and I hope this is where they concentrate on future material. It’s a weird, melodic, clever little song with this odd picking in the pre chorus which is catchy as hell.

All in all it’s one of the more interesting debut’s I’ve heard recently. Not mind blowing but they band have got a little something different going on which hopefully they will build upon as they progress. Keep an eye on this lot! 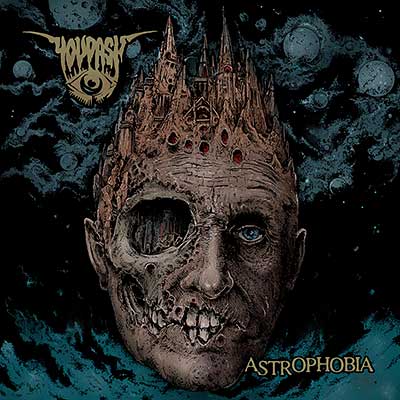