Your Highness is a Sludge Metal band from Belgium and 'Cults n' Cunts' is their biting debut album. Like most Sludge Metal albums, it is slow, gritty, and churning with plenty of rhythm and bellowing vocals that border Hardcore. There isn't too much variation in the rhythms as they just trudge along without too much focus on the musical structure, although the solos are worthwhile when hearing a track like "Gut This City." Others like "Skull Goblet" pick up a bit with a faster pace and act more like Southern Rock with slightly clearer guitars, but the vocals still sound like they have smoker's lung worse than ever. "Pagan Warrior" is one of the better tracks as it has solid vocals (they even group together in chorus) and add in plenty of rhythms that make it much more Rock oriented as opposed to Sludge Metal. Overall though, this isn't the album to find technical solos or highly progressive moments that go from fast to slow. This is gritty, basic Sludge that isn't the most hypnotic, but entrancing enough to get a mosh pit going. 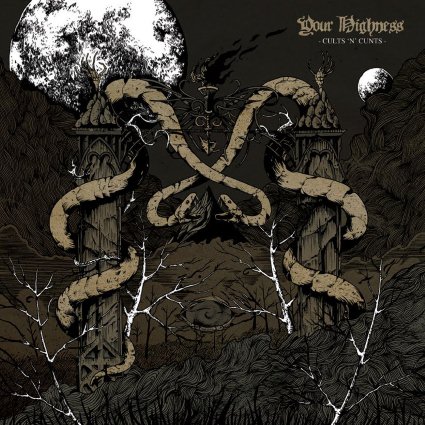