After their 2005 release "Contempt" this German black metal act is hitting us behind our ears with the 2006 follow up "In Hora Mortis". 7 Tracks (also released as vinyl but with no extra songs) in a furious blast with nice melody raging guitars. The fast parts have a nice interaction with the mid tempo which flows you through the album. The whole atmosphere is of the most blackest pressure in aggressive and powerful melodies. Zarathustra delivers a fine and convincing album. 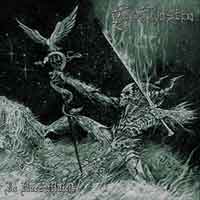 1. Periculum Mortis
2. Souls Ejaculation
3. Embrace Your Insanity
4. Salvation From Being
5. Crown Of Creation
6. Odem
7. Towards Perdition